Tara Gay
Posted 8 months ago
What is the most compelling scientific evidence for promoting a plant-based diet? 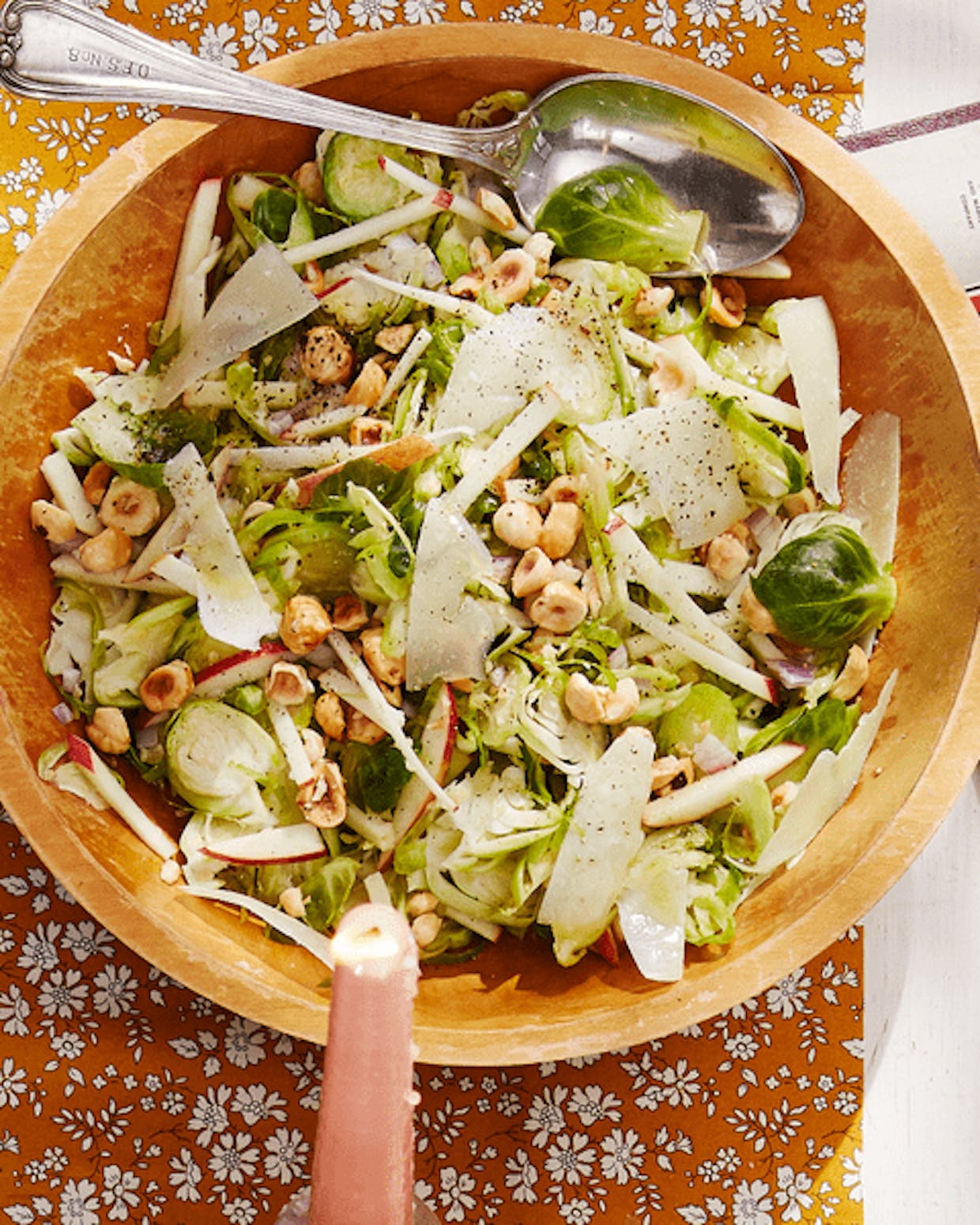 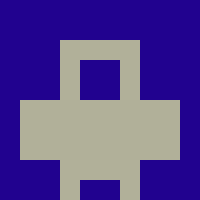 Gianna Moran
8 months ago
I don’t think that being rigorously “plant-based” is essential for health. For example, the pesco-vegetarians in this study did just as well as the vegans.

Similarly, Japan is the developed country with the highest longevity and least obesity. Their traditional diet has a small, but not a trivial amount of animal food.

Based on info like this, and based on my personal preferences, I eat some animal foods, including fish and meat - but almost all of it is from wild or feral animals that have been hunted/culled (not farmed).

IMO, a better reason to limit animal foods is that farming animals is usually (not always) bad, for:

Feedlots and their associated industries are huge resource suckers.

About a third of all arable land is used to produce animal feed.

How much of the world's cropland is actually used to grow food?

“Globally, about 98 percent of soybean meal is used as animal feed”

Note: I’m not saying that feedlot food is bad, or causes obesity. What I’m saying is that places with lots of feedlots are places that have food in abundance - so the feedlots are not a necessity.

“Grass-fed” or “free-range” meat can, in theory, be better (environmentally) - but often it isn’t.

People who defend the meat industry talk a lot about dryland grazing / non-arable land. That is: they say that some land is not flat or wet enough to be ploughed and grow crops. Therefore, to not graze this land is a waste.

First, it is a false dichotomy - the idea that land has only two uses - broadacre crops OR grazing.

It ignores other options, like ecotourism, hunting and other mixed uses - a property might not support industrial farming (ploughing), but be fine for stone pine, olives, grapevines, etc.


Image: Ikaria. Mostly too rugged to plough, but they raise plenty of crops anyway.

Second, much of the dry land that is grazed is very low productivity. Particularly in drought years, when stock strips the groundcover bare, a lot of damage is done to produce a fairly small amount of food.

Much grazing is done on modified landscapes, not on natural prairies. That is - a lot of lands are only available for grazing because when humans first arrived, much of the forests were burned down (and most of the megafauna were killed off. That’s how the thylacine, moa, dire wolf etc, etc became extinct).

For example, the sheep farms where I grew up (eastern NZ):


…were all covered by dense forest, until about 800 years ago.

“New Zealand was almost entirely covered in forest or tall woody vegetation immediately before Polynesian settlement in the 13th century (McGlone 1989). Widespread burning by early Maori resulted in the loss of between one-third and one-half of the original forest cover by the time of European settlement in the mid 19th century”

A similar sequence of events is true in many other countries. The effects are probably worse in Australia, where I now live:

Death by a thousand cuts: the industry doing ‘more damage than mining’

“the land has never had time to recover, instead of being subjected to sustained maximum stock levels.”

People who defend the meat industry talk a lot about regenerative farming etc, but in practice, it doesn’t happen very much.

This is what actually happens:

“The average age of pastoralists is 60 and few are handing stations down to their children […] Pastoralists, therefore, have no incentive to keep the land in good condition”

Other problems are that grazing in “non-arable” land spreads weeds, harmful fungi and diseases:

“the largest numbers of weeds were in grazed areas, in particular, the areas where cattle were loaded and unloaded”

“In alpine heathlands, for example, the protective cover was mostly restored by 10 years after the fire in the absence of cattle, but had not recovered after 15 years in the presence of cattle”

I have a little bit of skin in this game. This is my property.


My land has about 10 years of recovery. It is largely ungrazed. A friend and I collect the fallen wood by hand. I’m planting a mix of things, favouring hardy species that don’t burn explosively (the way eucalypts do).

Even in a drought, my soil is well covered (except in high traffic areas). It is able to absorb rainwater a little better than it used to.

… and this is the place just over the fence from me.


Their land is subjected to sustained maximum stock levels. Their soil is largely bare. Rainwater runs straight off it.

Most of the land upstream of me is like this. When the nearby hills get good rainfall, the water doesn’t soak in; it runs straight into the seasonal creek, which goes apeshit. Thus, every couple of years, this floodwater rips a progressively bigger gash in the land.
0 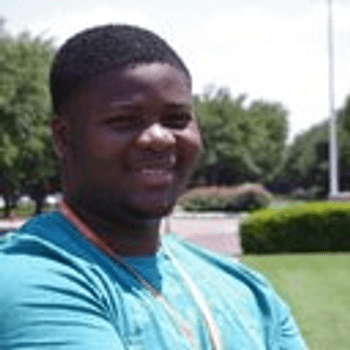 Keyon Freeman
8 months ago
The best, most compelling evidence for plant-based lifestyles is heart disease.

In America, it is the leading killer, followed closely by tobacco-related deaths. In other parts of the world, hypertension is the number one killer.

It has been proven time and again that a whole food plant-based diet can reverse heart disease. A whole food diet can relieve hypertension as well, though salt is the biggest trigger for high blood pressure. There is no other cure for heart disease. Research Dr Caldwell Esselstyn at the Cleveland clinic to see for yourself.

Heart disease is when an accumulation of fat coats the arterial walls. That was layman's terms, but the metaphor I will use is to connect a straw to your garden hose and turn it on full blast. There is going to be a lot of pressure building, like with hypertension, and eventually, something is going to break. The straw, or the hose, between temperature fluctuations and the constant pressure something is going to give. We can turn down the faucet as we do with drugs to treat HD and blood pressure. But drugs don’t get rid of the straw, (blockages) the drugs like statins artificially relieve the symptoms for a time, but they are never going to cure it.

Whole food plant-based diets can cure it. First by eliminating the source of the congestion. The saturated fat. But within the same foods commonly clogging arteries are also cholesterol, The LDL variety of cholesterol, have sharp edges that can gouge the inner walls of the circulatory system, causing inflammation, in something similar to coating the arteries with fat. The inflammation acts in similar ways, restricting blood flow. These two actions can happen at the same time, the coating with fat, and the inflammation from cholesterol.

Given time, with a diet that is unrelenting of these sources of disease, some of the fat will eventually break loose and could then cause a heart attack, or if it is in the brain, a stroke. Or the fat can just close off the artery entirely.

The good news is that your body can eliminate this store of fat, choking your circulatory system. And in just a week your cholesterol could be at 150, which is considered heart attack proof if it isn’t from artificial means like statins.

And this is just one disease that is associated with animal-based foods, there is a cadre of others, an overwhelming list. Cancers and autoimmune disease, organ disease like fatty liver or kidneys, and of course diabetes, a disease of fat.

The best reason for adopting a plant-based diet is so that medical innovation can focus on diseases that aren’t based on lifestyle choices. The number one killer in the USA is heart disease. If just that one disease was only the number 3 killer of Americans, think of how those resources formerly spent on a preventable disease could be reallocated.

If the entire United States went plant-based we could virtually eliminate heart disease and T2 diabetes, and T1 diabetes is linked to milk consumption as a youth so that one too. Do you know how the politicians use healthcare as a weapon to scare the populace into voting one way or another? That gets fixed too. Overall health cost goes down because of supply and demand.
0 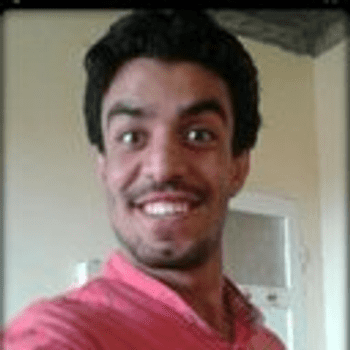 Charlie Austin
8 months ago
There is no evidence that I find compelling. Edelstein, Ornish, Barnard, Kushi, Campbell - lots of anecdotal material and epidemiology but no RCTs. There has never been a vegetarian population found, evidently, it’s an evolutionary dead-end maybe because we have an absolute requirement for B12, of which there is none in a plant-based diet.

That said, I’m quite certain Pritikin’s program reversed his atherosclerosis since “all four of the major arteries examined were totally free of any restriction--a condition virtually unheard of for a 69-year-old man living in a Western country” Autopsy of Pritikin May Renew Debate

On the other hand, I’m a 73-year-old diabetic who’s been keto for 22 years with a CAC score of zero, meaning no atherosclerosis whatsoever despite abundant saturated fat and plentiful animal protein, which says to me there’s several ways to skin this cat.

Such evidence as there is and my experience suggests to me that zero sugar/carbs and the restaurant low insulin level may have a lot to do with it...
0 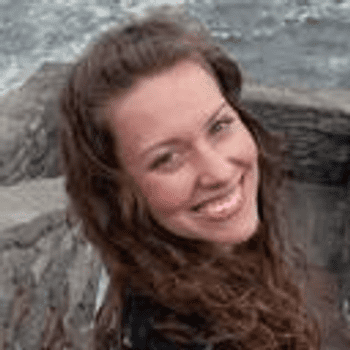 Alivia Chapman
8 months ago
I reversed my post-heart attack symptoms and no longer had chest pains, after 13 weeks of “Forks over Knives”. Scientific evidence is a less compelling argument, that real-world results. Science has too many bias’s attached. Modern science is tied to the people who push it and make a living from it. Real-world results are independent of all opinions and predication, it either is or is not and to what extent.

I should have been dead 6+ yrs ago, without the bypass. I did “forks over knives” instead, it is very similar to Wildwood Health Institute’s reconditioning program that I saw in action when a student there in the early 1970’s, that has been done since the 1960s if not earlier(possibly 1940’s), with consistently impressive real-world results.
0 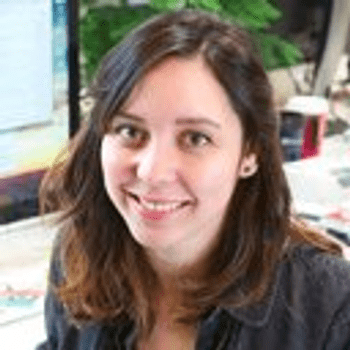 Allison Barber
8 months ago
For humans? I know of none but I don't listen to science. Try to find a carnivore anywhere and feed it plants and observe the result.
0

Allison Barber
8 months ago
For humans? I know of none but I don't listen to science. Try to find a carnivore anywhere and feed it plants and observe the result.
0 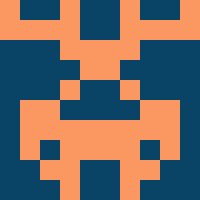 Jordyn Holloway
8 months ago
Most people choose vegetarianism for ethical or health reasons, not scientific ones.